Adding a DC power jack to the Raspberry-Pi (updated) 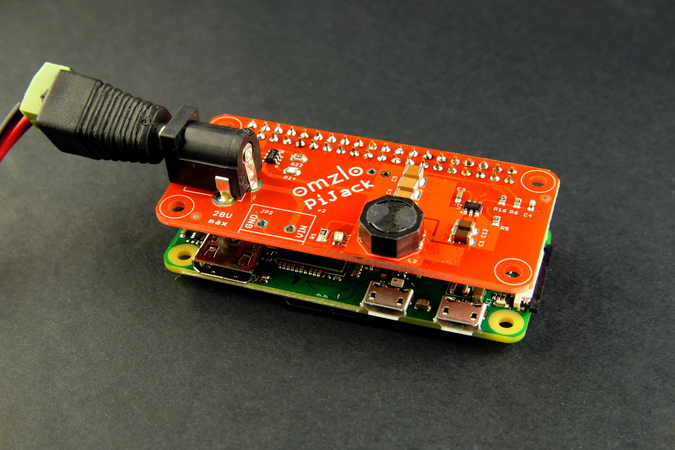 In a previous article, I described the construction of a HAT that enables you to power a Raspberry Pi with voltage inputs ranging from 7V to 28V, as provided by a car battery for example. This HAT was an accidental byproduct of the Omzlo PiMaster HAT, which typically provides 12V or 24V to a network of IoT modules connected through CAN bus, and powers a Raspberry Pi using a similar circuit. Some readers asked us if we were selling this HAT, so we started looking at producing a small batch.

The circuit is a simple buck switching regulator based on the Texas Instrument TPS54202, which steps down the input voltage to 5V for the Raspberry Pi. As a protection, the 5V output goes through an "ideal" diode following the recommendation of the Raspberry Pi Foundation.

It turns out that the 330uF polymer aluminum electrolytic capacitor I used in the first design is quite expensive (2 to 3 euros) and annoying to solder. So I went back to Texas Instrument's online power supply design tool, WEBENCH, and found an alternative approach that uses three 22uF ceramic capacitors instead, as shown on the schematic below: 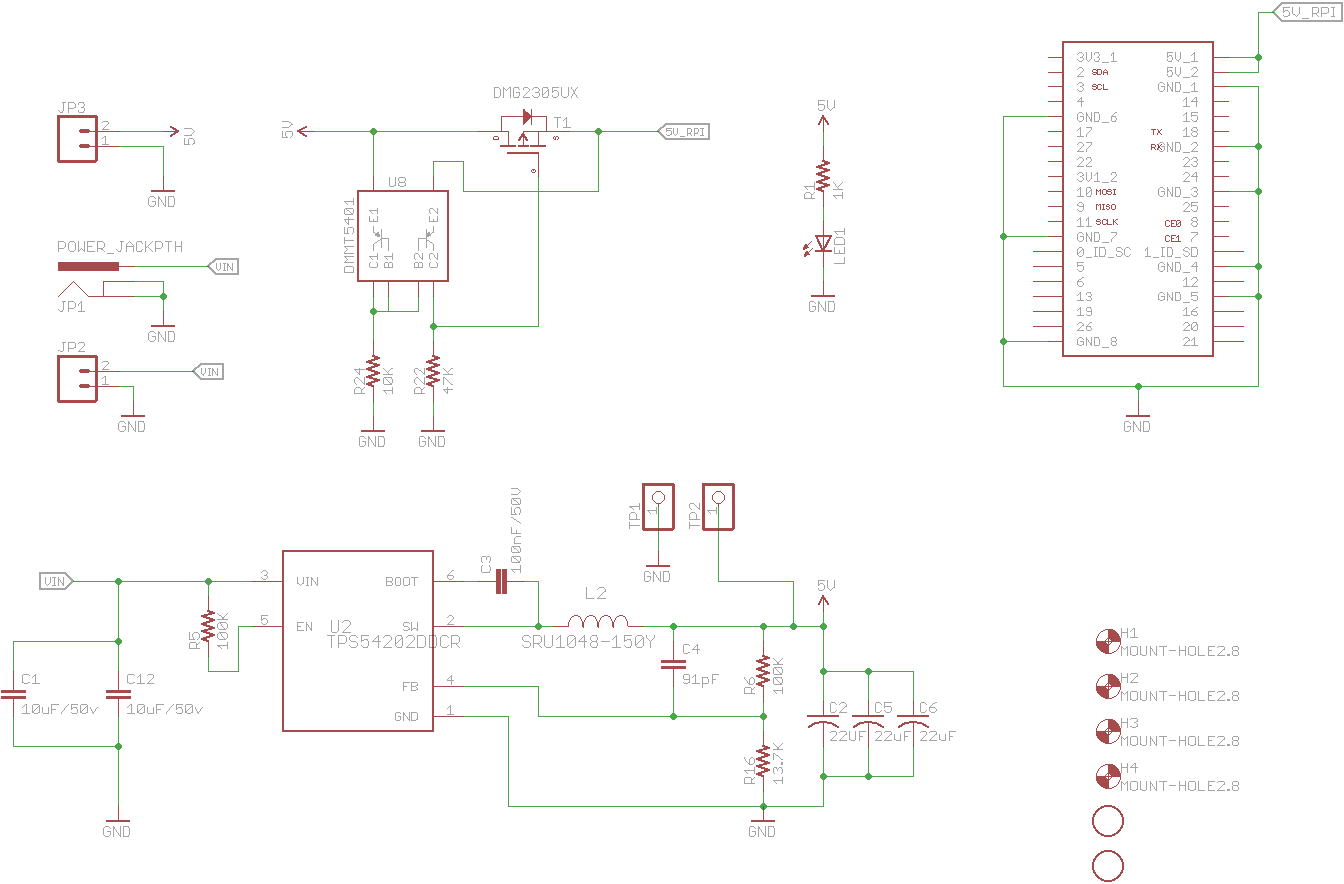 The resulting circuit exhibits a voltage ripple of approximately 20mV pp. This is similar to the original circuit, but it has a more pronounced "sawtooth" wave shape on the oscilloscope. It is perfectly fine for a Raspberry Pi. 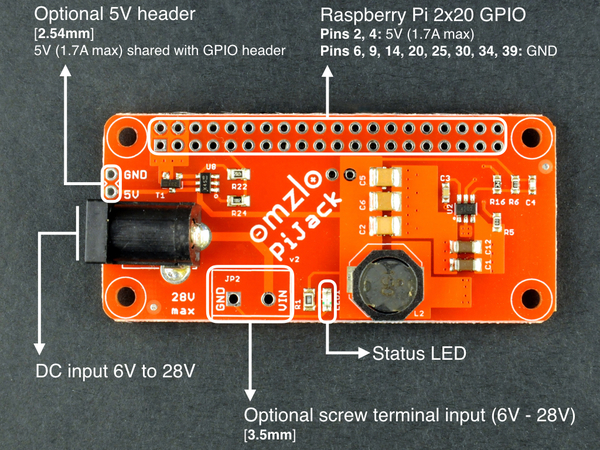 You can find the EagleCAD files here and the BOM in the table below.

As shown in the very first picture of this article, this HAT was designed to fit on top of a Raspberry Pi Zero. However, it works just as well on any Raspberry Pi with a 40pin GPIO header, like the Raspberry Pi 3, as illustrated below. 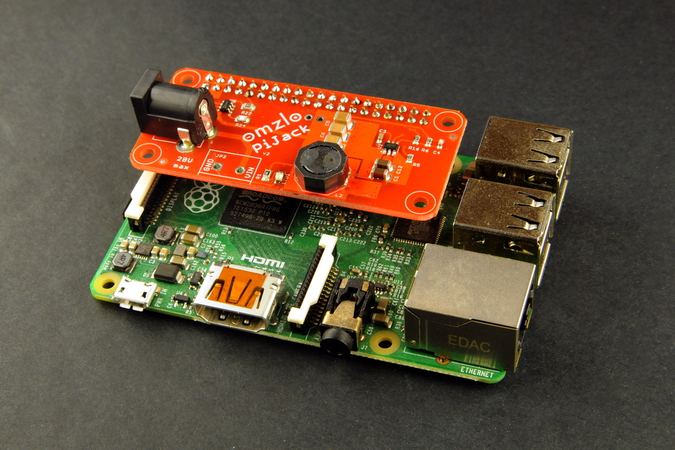 This circuit was successfully tested to power the Raspberry Pi 2, Pi 3 and Pi Zero W. It is theoretically comfortable providing up to 2.5A, with inputs ranging from 6V to 28V (the first version of this article erroneously gave a lower range of 7V).

If you don't feel like building your own, we have produced a first batch of 30 PiPower HATs that are now for sale on Tindie!

UPDATE 2: As of March 2021, the PiJack has been redesigned with a Texas Instrument LMR33630, increasing the current output limit to 3A, and the input range to 36V (32V max recommended).