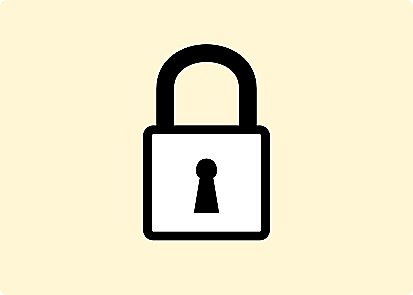 The NoCAN IoT platform created by OMZLO enables the creation of a very reliable wired network composed of Arduino-compatible nodes connected through CAN bus, targeting application domains where wireless approaches are not satisfactory. Each node features a 32-bit ARM cortex micro-controller (SAMD21G18) and the network is managed by a Raspberry Pi. The Raspberry Pi acts as a gateway, enabling connections between the CAN bus network and the outside world, through MQTT, blynk.io, HTTP, and more.

This blog post describes a new security mechanism we introduced in version 0.3.1 of our tools in NoCAN. It breaks compatibility with previous versions of our platform, but we believe it is a necessary step forward.

As illustrated in the picture below, the NoCAN platform has three main types of networking interactions: 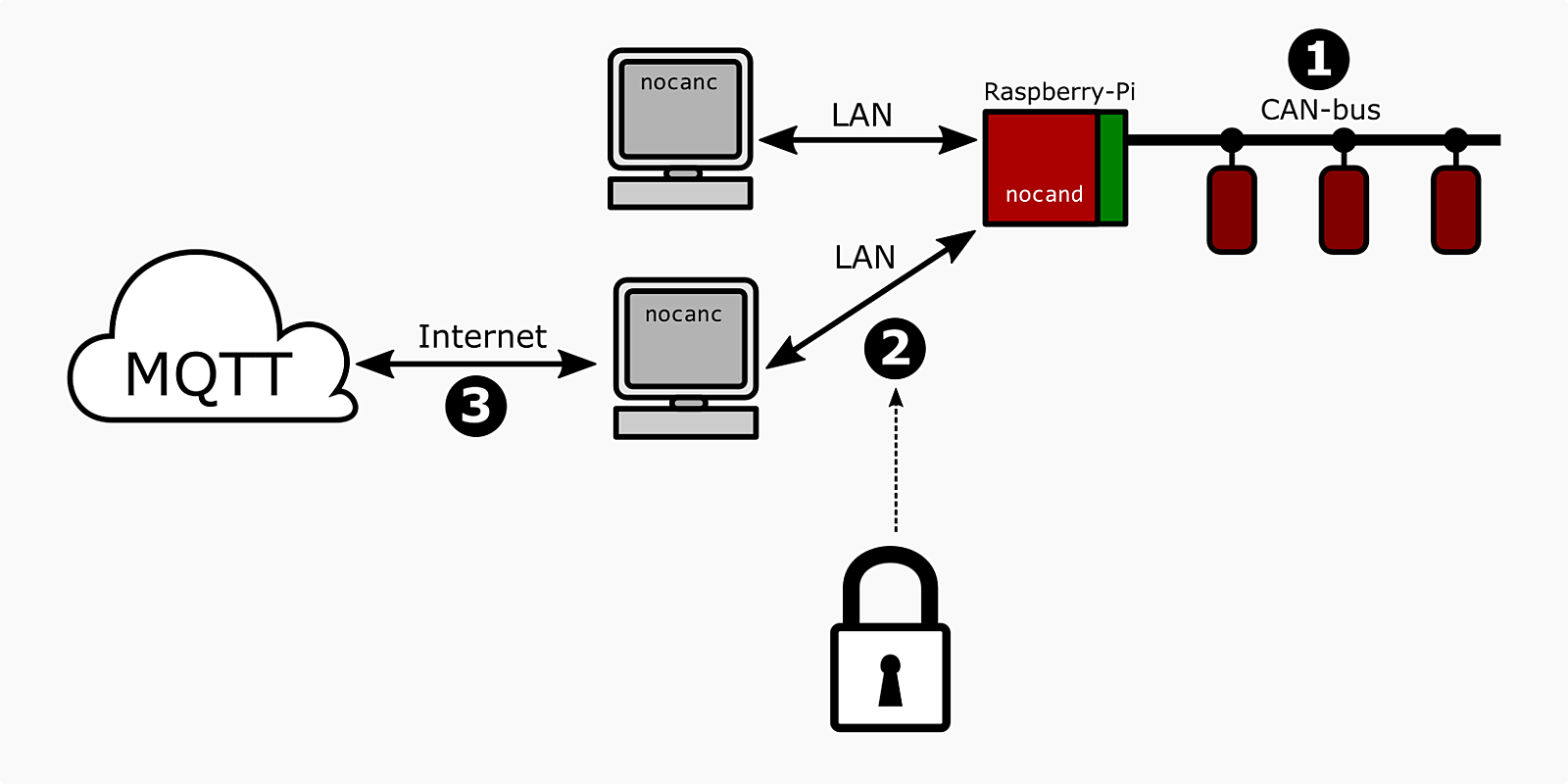 When the NoCAN framework was created, we imagined a simple security model.

First, we made the assumption that communications on the CANbus are secure. If an adversary has physical access to your CAN bus network and is able to access the bus, listen to, or inject traffic, you probably have bigger problems than CAN-bus security.

Second, we assumed that most users would run nocanc, the control interface, on the Raspberry-Pi gateway or on another machine in the same local network. To this end, nocanc is designed to run not only on a Raspberry-Pi but also on Linux, macOS, and Windows. In terms of security, the connection between nocanc and nocand is protected by an authentication token but is not encrypted nor protected against alterations.

Third, when nocanc is used to connect to external services such as MQTT or blynk, the user can take advantage of the security mechanisms that are offered by these services, such as TLS.

While the first and third assumptions are largely still true today, we found out that the second one is less defensible. For many applications, communications between nocanc and nocand take place over a trusted network and the use of a simple authentication token, much like a password, is good enough. However, we saw applications where the assumption of having a trusted network was not valid. We decided that it was time to look at a mechanism to protect the confidentiality and integrity of communications between nocanc and nocand.

NoCAN offers the possibility of connecting a CAN-bus network to the outside world through MQTT, blynk.io, HTTP, and more. But not all NoCAN applications take advantage of this connectivity and work instead in a closed environment isolated from the internet. As such, many NoCAN applications will not have access to public key infrastructures. Using SSL/TLS as a transport protocol securing communications between nocanc and nocand meant potentially requesting users to perform complex configuration tasks, and sometimes entering the murky business of self-signed certificates. The decision was to focus on simplicity and focus on a shared secret, rather than public-key cryptography and certificates.

Another design decision was to make this new security mechanism mandatory. Experience shows that allowing the option of configuring less secure communications or "downgrading" security is usually a bad idea. Since we are only using symmetric cryptography, the added computational cost of securing the channel remains minimal.

The establishment of the secure channel is done in two steps:

The authenticated key agreement is based on the work of Bellare and Rogaway on Entity Authentication and Key Distribution. The message encryption and authentication is provided through AES used in Gallois Counter Mode, as defined by NIST in SP800-38D.

To continue operating with the new security mechanism, most users will need to update their configuration files to select an authentication token that is at least 24 characters long. This means:

The auth-token value is too short to provide any reasonable security. A better option might look like this:

In order to help users pick a good authentication token, a specific option was added to the nocand application. By typing the command nocand auth-token the user will get the following type of suggestion:

A bit of python

As a side effect of breaking compatibility with previous versions of nocanc and nocand, we were able to rework the communication protocol that takes place between nocanc clients and the nocand server. This protocol we call the the NoCAN event protocol over TCP/IP has been improved in many ways, and we will likely soon release a Python client for NoCAN: a very exciting development!

As a consequence, please note that the current documentation of the The NoCAN event protocol over TCP/IP is now obsolete and will need to be updated.

Let us know what you think of the new secure communication mechanism we introduce and if you find any bugs, please let us know in the forums!