Controlling a NoCAN network with a Raspberry Pi 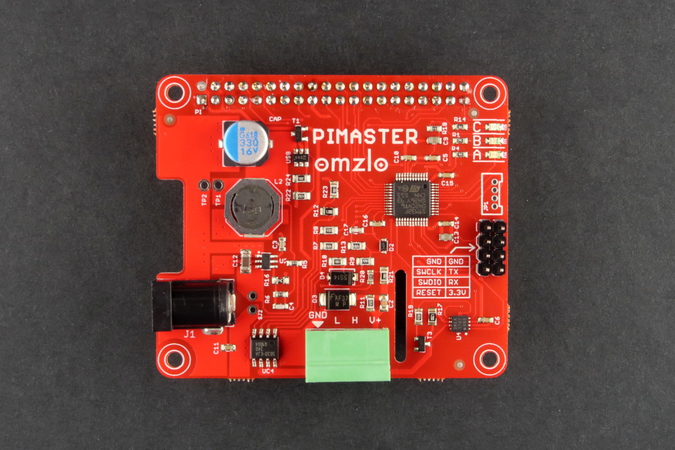 The Omzlo Pi Master is a HAT (Hardware Attached on Top providing a gateway between the CAN bus network and a Raspberry Pi, which runs network managing software. The Pi Master will work on any Raspberry Pi with a 40 pin header, including the Pi Zero. You can even plug into a BalenaFin. 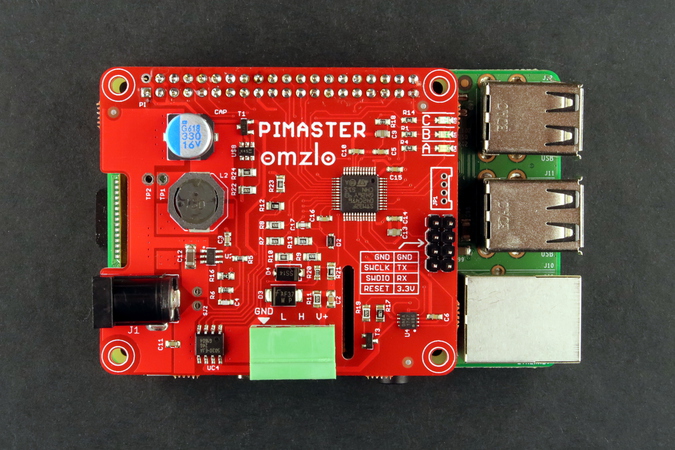 The Pi Master is built around an STM32F042 ARM Cortex M0+ running at 48Mhz. This MCU communicates with the Raspberry Pi through SPI and a few additional GPIOs. It performs three main functions:

A software application called nocand running on the Raspberry Pi uses this gateway to manage the network by performing the following tasks:

As a built-in safety, a smart switch controlled by the MCU will automatically switch off the power distributed to the network if there is too much current drawn (typically above 3A).